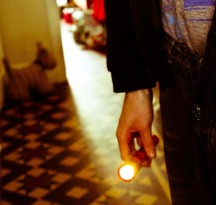 It’s Easter Monday, and I was going to do some work but for two things that happened. One, LB lost the bus ticket from his earlier trip to the bus museum with his carer. Two, Ricky Gervais has defended his new show, Derek in an interview. The combination of a long and fruitless (torchlit) search for the missing ticket, and the distaste and discomfort created by Gervais’s careless defence of his show, have left me out of working sorts.

Instead, I’m going to write about Gervais and Derek. The show is based on the character, Derek Noakes, “a simple man working in an old people’s home”. There are only short trailers available*, so maybe I will be retracting this in a few days time, when it is aired in full. I sincerely hope so.

Of course, I’m writing from a particular position and, quite possibly, fifteen years or so, before I became intimately acquainted the world of dudes like LB, I may have found the show funny. I’ve re-watched various TV shows and films that I originally found hilarious and winced painfully. Just as I wince when I hear friends, colleagues or others making careless or derogatory statements about difference. I think it’s fair to say, mainstream life generally remains a long way off understanding disability, but in particular, learning disability.

The full interview with Gervais can be read on Nicky Clark’s blog, together with a link to the trailer. I thought I’d just have a little looky at one extract here.

Nicky Clark asks “Why does the belief Derek is learning disabled persist?”

Derek is a fictional character and is defined by his creator. Me. If I say I don’t mean him to be disabled then that’s it. A fictional doctor can’t come along and prove me wrong.
He’s different. But then so are a lot of people. He’s not the smartest tool in the box but he’s cleverer than Father Dougal, and not as different as Mr. Bean. He’s based on those people you meet who are on the margins of society. Nerds, loners, under achievers. If he had any specific and defined disability I would either get an actor with that disability to play the role or I would make sure I was an expert in that disability and the best person for the job.

So Gervais is the creator of Derek, and if he decides Derek ain’t disabled then he ain’t. And no fictional doctor is going to prove him wrong. Mmm. This is a funny old argument, that is easily dismantled, but it is important for Gervais to sustain, because it supports his premise that he ain’t “pretending” to play a learning disabled character.

Differentiating between disabled (diagnosed), non-disabled (undiagnosed), or “simple” as the BBC flags the character, is kind of meaningless. Gervais may be hiding behind a group of older people who have not been ‘officially’ diagnosed with learning disabilities, because these labels weren’t around when they were kids. Hence the BBC labelling of a “simple”man.  But this is sleight of hand and an unsustainable distinction. Gervais plays the character as if David Brent is pretending to be learning disabled, with shifting levels of articulation and a lot of gurning. I suspect this portrayal will spread speedily through secondary schools, and wider, inspiring a new generation of ‘Derek’ type impressions aimed at learning disabled people.  Gervais, the “intellectual comedian” as he defines himself, has gone for an obvious, stereotypical representation along the lines of the “mong face” images he recently tweeted. That he is ignorantly (at best), but more likely deceitfully, trying to argue otherwise, is pretty crap.

Going on to say “If [Derek] had any specific and defined disability, I would either get an actor with that disability to play the role or make sure I was an expert in that disability and the best person for that job” is meaningless guff. Learning disabilities are unspecific and often undefined, other than by the broad term; learning disability. Becoming an expert in a particular ‘disability’? Well you crack on matey, but it may take a while and probably requires a dose of personal experience.

I’m a big advocate of difference rather than deficit, and strongly argue for an inclusive society in which diversity is celebrated. I don’t think Gervais really is. He is just offering a lame defence for a show that is all about him. Ricky Gervais. “The creator”. The BBC ran the story of his defence of Derek today, and he has been tweeting the link to his followers, urging them to read and retweet the link to the interview. If he was hoping to present himself as some sensitive, aware, creatively original and intellectual writer, he’s failed badly for me. It’s on the level of the dog ate my homework.

* Turns out that all previous incarnations of Derek Noakes have been removed from the internet. I can imagine it is a task and a half to cover the far reaches of the web and erase past traces of video snippets.

5 thoughts on “Gervais, Derek and the dog ate my homework”