It was the Disability Studies Conference at Lancaster University this week and LB featured pretty centrally. I gave my first presentation at the inaugural conference back in 2003 when I was a PhD pup. And LB was a bouncy 8 year old still wearing his ELC police tabard and orange binoculars.

LB’s bus picture featured on the conference signs/abstract book, delegates were given LB Justice quilt postcards and the quilt itself was officially launched (the story of the quilt can be read here).

The now legendary Chris Hatton said a few words at the launch (bit of a tissue jobby) and Mark Sherry (yep, Mark who made the #107days film from Toledo) read the approved resolution of the Society for the Study of Social Problems that relates to LB’s death. Such a remarkable happening. Solidarity from such an unexpected quarter and yet so blinking spot on. LB’s death is a social problem. A public issue.

Jack’s mum, Gina, brought some more of Jack’s cats to sell for the fund and he raised over £100. All material used in making the cats is recycled other than the felt. 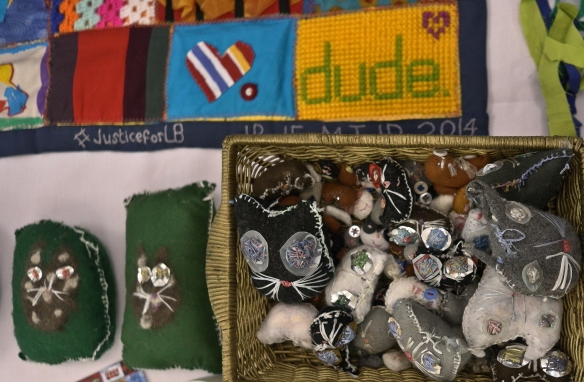 There were also LB notebooks made by our lovely neighbour, Ruth, which went down a treat. 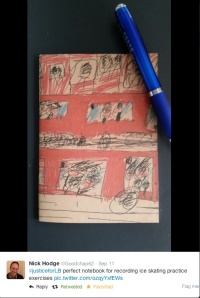 It was a dynamic, energetic, creative and emotional space. I know it always has been a cracking conference but the unfailing commitment/action of Hannah Morgan to create this focus on LB/the campaign and weave (sorry) it into the texture of the event was exceptional.

And the quilt is just bloody amazing. 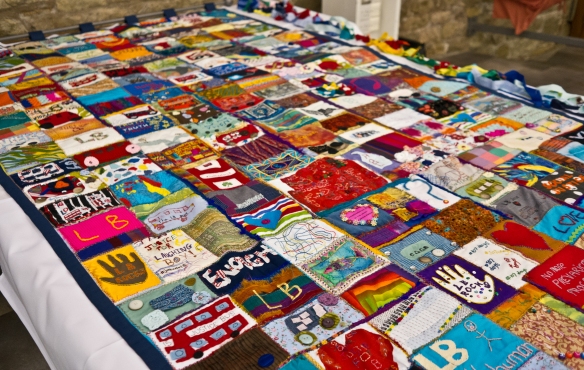