Blimey. Sloven don’t half love a briefing. Their briefing to NHS England about the Mazars review found its way to us earlier this week. They commissioned an independent review into (specific bits of) the Mazars review of their own practices of responding to particular deaths. Paid for by public money.

To distract myself from debilitating incredulity, I googled ‘what (the fuck) is a ‘briefing?’ A briefing basically identifies a problem and offers a rationale for a solution. Not rocket science.

Sloven’s ‘briefings’ are pretty disturbing and flaky. The now infamous Background briefing on mother’s blog circulated the day after LB died. [Howl]. Still packing a punch spiked with scotch bonnet chillies and rusty nails over two years on. [He died… He drowned in a bath. In ‘specialist’ NHS provision…?] The problem: a publicly documented account of love, health and social care failures and worse. The solution? The briefing ‘may help in shaping a tailored media response to the incident’.

An erasure of LB as a person. And so much more.

Chris Hatton has written about the Sloven attempts to discredit the Mazars review here. This morning we flagged up that the helpline on Sloven’s website for families who may be affected by the review no longer existed. As ever, their energies and attention focused solely on their reputation. Families? Forget it.

A clunky and late revision of their statement eventually appeared later today:

NHS England continue to delay publication. Relentlessly. It’s looking likely it will be pushed beyond  the closing of the House of Commons on Thursday as ‘it needs to be clear about its messages as possible’. Wow. Quite some jostling for the winner of the scumfuckery public sector bastard of the year award going on here.

Here’s the latest briefing in full. 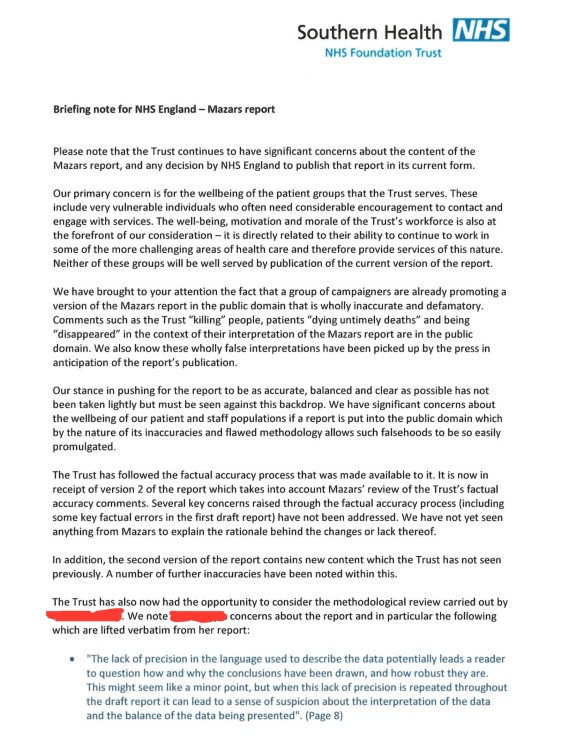 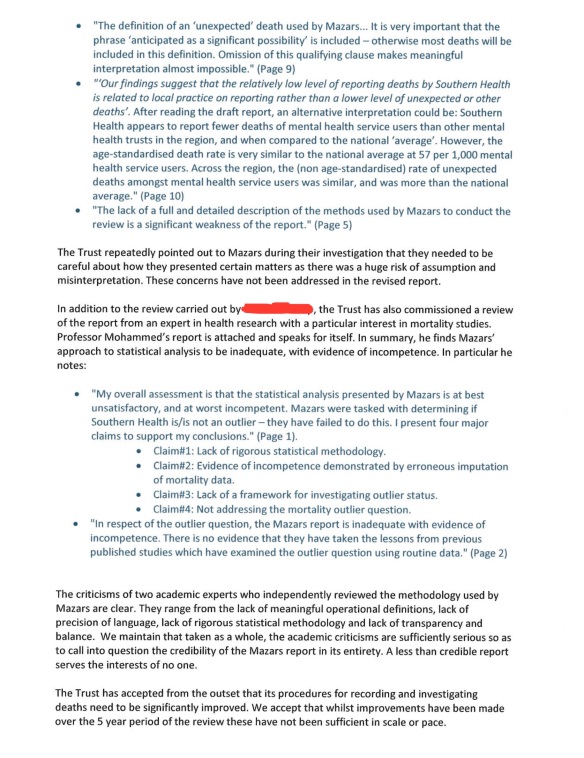 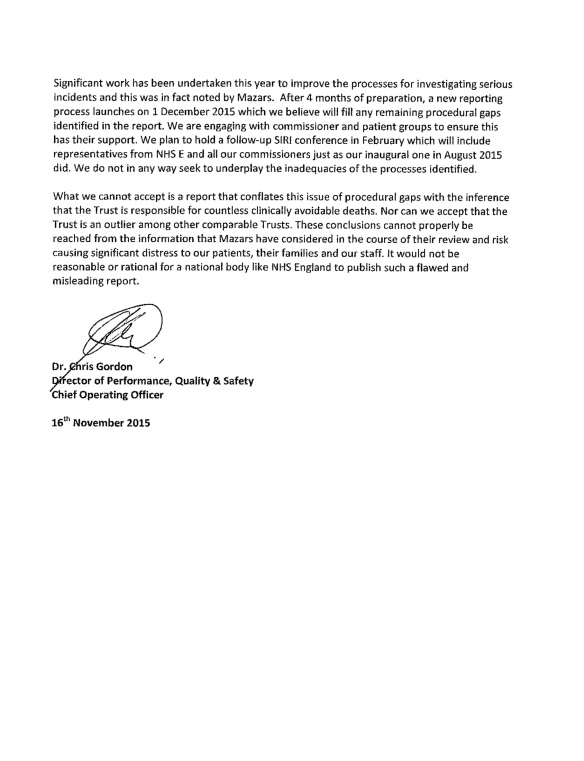 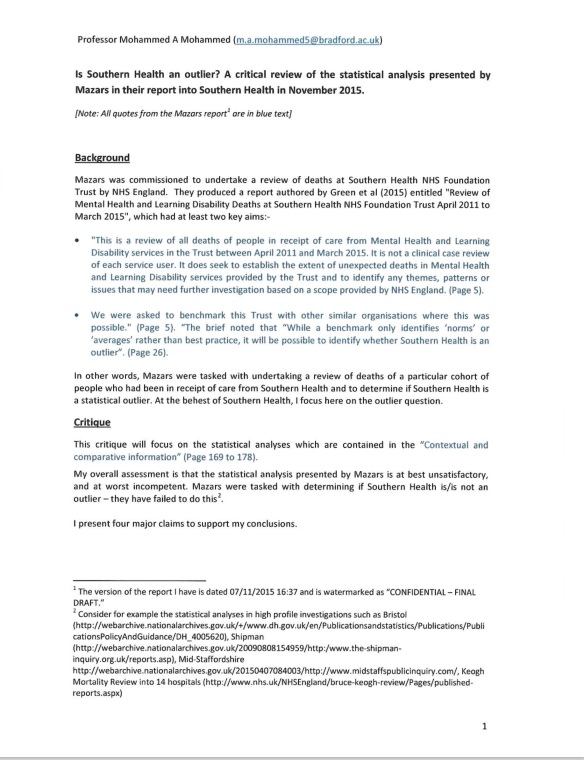 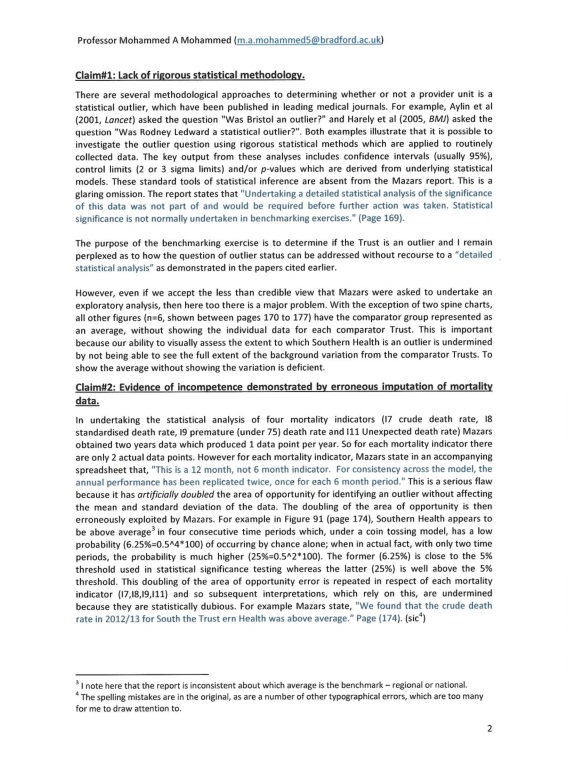 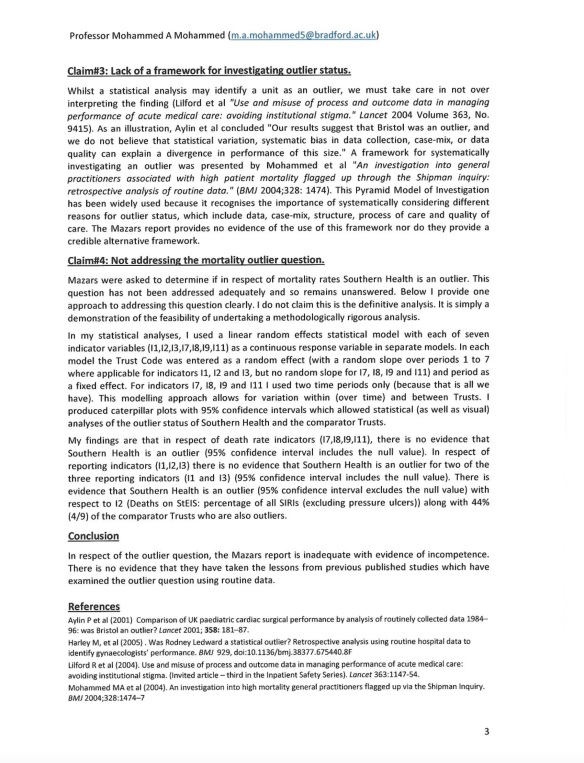 29 thoughts on “Sloven briefings and bleatings”