I wrote about Talent Works when the scandal of a £300k leadership training contract turned into £5m spoondoonies for Chris Martin and crew first broke. Since then, a few staff members have got in touch to describe their experiences of the training. Not good.

I went on Going Viral while at SHFT. It was compulsory regardless of how busy you were. Insistent on overnight stay in the hotel even though I lived 20 mins away. It was awful. Crap management twaddle. Every session we had to “check in” no thought for people like me who were not comfortable sharing in public. I gained nothing from the whole hideous experience.

Yes I’m embarrassed to admit I’m a Southern Health employee. I don’t have anything to whistle blow, and I’m sure no satisfaction to offer you and similar families but suffice to say there are a lot of us within my immediate colleagues of middle management and below who find no surprises in the latest round of revelations of farcical nonsense. Some of us have been on Going Viral and Gone Viral (there really is no opt out for certain pay bands) and while of course finding some of it interesting and sort of useful (especially meeting clinical staff and even patient advocates and hearing about their challenges) have come away feeling it’s too much corporate nonsense with ice breaking tasks and dreaded role play scenarios.

Apparently it costs £6k per person to attend, is compulsory and you have to stay the night at an expensive hotel. (Sloven spent £135k on accommodation in 2013/4 for staff to attend.)  Here’s the Talent Works partner, Sarah Law, talking about the Going Viral programme two years ago [cringe warning]:

“I know Katrina is really keen for everyone to get the chance to get involved in this...” Yeah. Of course. At £6k a pop. Sadly, she wasn’t as keen for staff to be trained in epilepsy care or to remove ligature risks.

What the training involves isn’t clear. But hey ho. A little look at the Talent Works website reveals more work with Sloven who were one of the pilots for this gig:

Bizarrely, Talent Works evaluated the pilot themselves (yes, really). Eleven staff took part in the pilot but only 7 provided feedback on it. That, in itself, should get alarm bells ringing somewhere but apparently didn’t. And the farce continues with this nonsense:

So, there was no way of effectively evaluating whether the pilot was effective or not. Asking people to remember how they felt before doing something is simply ludicrous. One person was apparently worse after the intervention, the others the same and yet this is a ‘successful pilot’. This reminds me of the equally nonsensical appreciative inquiry gig Sloven funded recently. The senior management/exec are clearly not very bright if they keep swallowing this shite. And, as always, NHS Improvement are hands firmly clamped over the ears and eyes shut.

She clearly states; It’s fair to say when we’ve looked at it we’re not happy with the procurement process and there are issues with that. Stating the bleeding obvious but there’s definitely no governance issues here, are there Mr Smart?

So a little summary of what is deeply wrong:

It’s truly, truly obscene. And in one last little joining of the dots, one of Talent Works partners is, erm, the charity set up in memory of Percy’s brother, Iain’s, sailing partner. Another grubby, sordid little tale.

In addition to the illuminating comments below (including evidence from John Green that the Going Viral course is rubbish), we got sent a copy of a timetable… 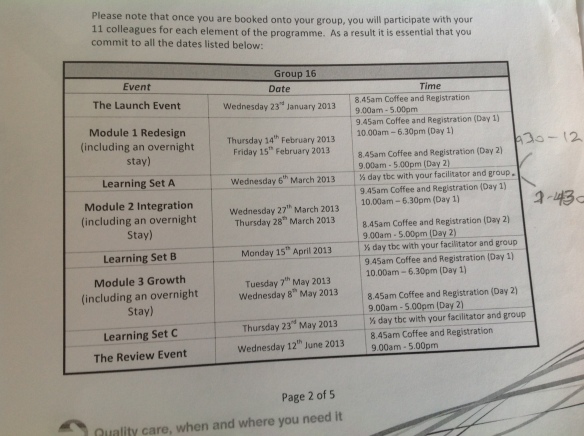 3 overnight stays, = 6 days lost + 2 days for launch and review + 2 0.5 days for learning sets = 9 days of work lost. On one course, there were three consultants. Assuming they were newly qualified, it would cost around £5.6 of service loss for the 9 days on the course. If at the top of the scale, £7.5k (not to mention the loss of outpatient appointments or the cost of backfill).

‘Meet the Talentworks team… hired for our large brains, love of psychology and impeccable dress sense’.

Removing your website can only be an admission of guilt…

The Sloven senior exec allowed £5m of public money to go into the pockets of Percy’s mates. For training not fit for purpose. In the meantime, they failed to ensure that staff were trained in the basics and that the environment was safe.

This is sounding increasingly criminal to me.

46 thoughts on “The talented Mr Martin and viral impact”