Three possibly related developments in the last week or so. [One] The Sloven annual report published last week included a paragraph about the ex-CEO and her pay off: 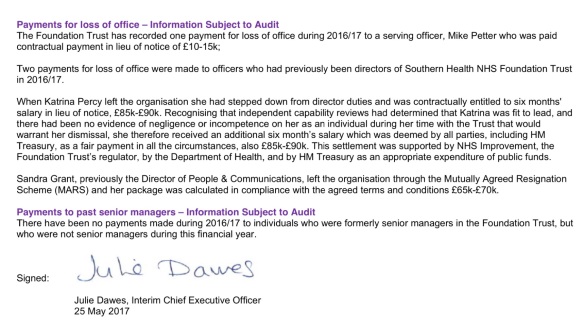 ‘Independent capability reviews’ had determined Percy was fit to lead. Blimey. That’s  interesting. What do these reviews say?

Well, a capability review was carried out by YSC for a cheeky £116k excluding VAT last year. A report that has never seen the public light of day despite FOI requests by ex-governor Peter Bell. It apparently gave the board a clean bill of health in the summer of 2016.

One year later, not one executive or non-executive director remains in post.

Now I ain’t no mover or groover in senior NHS circles [cue the eye leaking emoji] but I can’t help thinking that purging a Trust board of every executive and non-executive director is a pretty serious move.

Percy is apparently exonerated by this [secret] capability review while two prosecutions for failings under her watch are pending. Just extraordinary. I mean I can only imagine/hope one prosecution against a Trust is a pretty serious and rare gig. While two…?

In the same week, I received an email from a journalist scamp with a warning to breathe before clicking. [Two] Percy is back and touting for business  with some toe curling claims. These include inspirational and visionary leadership, creating an open, accessible and energised culture, and successfully delivering a major acquisition of services.

[Three] As the last few Sloven staff transfer over to Oxford Health or limp back to Hampshire, the door is finally closed on the grim and grotesque acquisition process Percy led back in 2012. I think it’s fair and reasonable to say that using the word ‘successful’ in relation to this process and the devastation that followed, is one of those stretches that should never have been a fleeting thought in a careless moment, let alone typed into a Linkedin profile.

I want to flag up here that I have no personal vendetta against Percy. I have no interest in her as an individual outside of what she, her actions and the ‘official responses’ to her actions reveal about the murky of murkiest corners of the NHS.

There are, clearly, serious questions generated by these latest unfoldings which should be of concern to all of us.

Not least, why do the various NHS layers – Jeremy Hunt, the Department of Health, NHS England, NHS Improvement, the CCGs, the Sloven board – allow, enable or facilitate these narratives of delusion and erasure to stand unchallenged, and the continued channelling of scarce dosh into insalubrious pockets and pots?

UPDATE: The PriceWaterhouseCooper audit clearly summarises the failings the bulk of which occurred under Ms Percy’s leadership. Deary, deary me… Something is Stinky Pete around here. 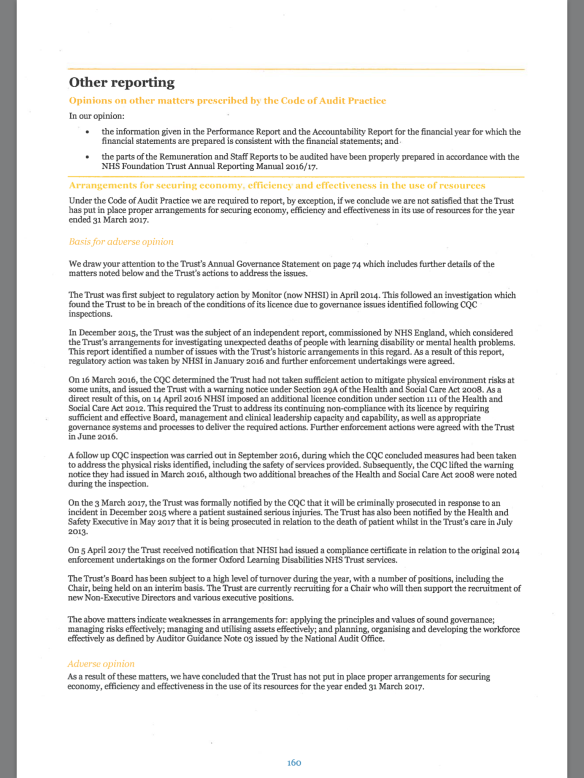 12 thoughts on ““Breathe before clicking…””