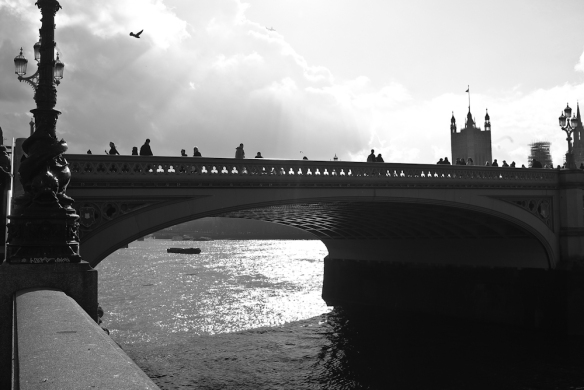 Rich and I went to London on Wednesday. This was a big trip in the context of disrupted sleep, nightmares, crochet, Candy Crush and more crocheting. I hauled myself  into the hairdressers for the first time in months on Tuesday. Jack set to on my mop head. He doesn’t talk much which is cool. Lauren a right old talker who used to cut my hair appeared wearing her new carer’s uniform. She’s starting social work training in October.

“I told ’em about what happened to Connor in safety training last week,” she said.

It pissed down when we were on the Oxford Tube but the sun appeared at Marble Arch. First stop was a meeting at Monckton Chambers  with Steve Broach and Charlotte Haworth Hird about the MPTS tribunal sanction decision. We kicked around the content of the planned legal submission to the Professional Standards Authority (PSA). Grim incredulity again at the sanction wording and decision. Charlotte said she’d write to the PSA to let them know a submission was coming.

Rich and I walked to parliament to give evidence to the Joint Committee on Human Rights chaired by Harriet Harman.

We were with Louise and Simon Rowland in one of two sessions that afternoon. Louise’s brother Joseph died a terrible death and it became apparent during the session that their experience of gaining accountability was almost as harrowing.  This was to be followed by a panel consisting of Deb Coles INQUEST CEO, Merry Varney lawyer at Leigh Day and Katie Gollop QC at Serjeants Inn. The chambers that spawned both Alan Jenkins and Richard Partridge.

The room was seriously, seriously hot. The committee sat in a horseshoe arrangement  with the four of us on a table facing them. Members of the public sat behind us. It was a similar set up to the MPTS tribunal with less space, more opulence and four family members not one.

Harriet Harman demonstrated an excellent and sensitive grasp of the key issues. Other committee members too were clearly interested and concerned. Some were not up to speed (the recording is here) and appeared not to have read the written submission INQUEST had produced. It became apparent that ‘committee sitting’ is a pastime for some. A quick google revealed one member had spent their adult life trying to stamp on the human rights of certain people. All very odd.

The evidence produced during the first session was harrowing. Other than praise for  coroners (the second coroner in Joseph’s inquest) we presented a situation summed up by Harman as

Where you have lost a loved one and the state is implicated because the loved one was in the care of the state and thereafter the state then weights the system against you because those acting on behalf of the state have full-on legal representation from the word go in order to defend their position and you have nothing unless you happen to find people who are prepared to do it for free.

The state weights the system. Yep. And sets out in the relentlessly protracted process to destroy bereaved family members who dare to try to get answers.

The second session introduced a new layer of bafflement. Gollop had a yellow rather than white name card.  A symbol of the hierarchy that permeated the room I assume. Further reminder of  Valerie Murphy’s yellow card scheme and the Serjeants Inn connection.

The committee began with the same format of question and answer but within minutes Gollop interjected to present the five ‘brief’ (not brief at all) points crowdsourced on twitter she wanted to get across. She painstakingly worked her way through each one without interruption. Her apparent knowledge was privileged in a privileged setting.

The pastime crew were a receptive audience. I suspect they always are to the yellow card holder.

Watching the second session (from 15.57 on the recording) is grimly fascinating offering the viewer a smorgasbord of facial expressions and grimaces. Two women championing the human rights of people and their families catastrophically let down by the state. Oozing knowledge, expertise, experience and humanity. And a third, whose evidence aside from the occasional reflective comment was couched in an alternative (offensive) narrative of compensation, litigation and detachment.

The take home message of both sessions if you strip away the Serjeants Inn white noise is there should be equality of arms between families and the state. As simple as.

Doreen Lawrence came over to speak to us at the end clearly upset by what she’d heard.  We shouldn’t have to fight, she said. This was all wrong. Gollop took the opportunity to slip away. I don’t blame her.

On the coach journey home we received an email from Charlotte. The Professional Standards Authority are going to conduct a detailed case review of the MPTS decision.

8 thoughts on “Giving evidence and the weight of the state”