This story will, eventually, evolve into a flight nightmare post but before then, other stuff happened. I flew to Copenhagen two years ago to go to a conference somewhere by the sea in Denmark. Not a good trip.

I caught the train from the airport into Copenhagen. It was like the London underground with seats long ways on each side. A gang of kids got on at the same time. One of the boys sat next to me, while the rest performed some elaborate, loud distraction routine at the end of the carriage, trying to engage with other passengers.  I don’t speak Danish but I do speak the language of life. My suspicions were aroused. I looked down and saw the little bastard had his hand in my coat pocket, millimetres from my purse.

I leapt out of my seat. “What the fuck do you think you’re doing?” I shouted, in my head. I looked around for support from other people, but no. As usual, I was alone (see also).  Matey boy stood up and went to stand with his friends who all looked a bit sheepish at the end of the corridor.  I stood there like a nelly, thinking “that little kid just tried to steal my purse and now I’m travelling on the train with him and his mates – and several other people who sat and watched it all – and we are all going to pretend nothing happened”.  I sat down again. 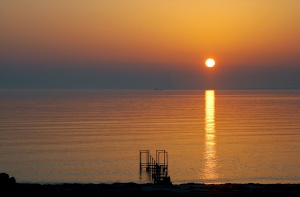 It is kind of odd the way we don’t want to make a tit of ourselves in public, or how much we hate it when the spotlight turns on us unexpectedly. I love my old mate Goffman for talking about this so well. It wasn’t so much the robbing aspect of Danish-train-crime-gate, but the fact they did it to me and forced me into an embarrassing situation.  It was like when I was walking along the road with a college pal and someone drove past and lobbed an raw egg at her. She was really upset (even tho it was a little bit funny), because they’d picked on her. Bit like when a bird craps on your head.

1 thought on “The language of life”