Sometimes I crave spontaneity when negotiating social life with a crazy dude like Laughing Boy.  Sadly, the experience is usually drenched in daft rules and unhelpful bureaucracy, especially when it is to do with health, social care and education.

Take one example. I asked for a referral to an endocrinologist because I wanted to ask some questions about the chromosome disorder LB had been diagnosed with many moons ago.

Waiting in the children’s hospital, a nurse came through, armed with a clipboard and pen.

“Oh, I haven’t brought him with me. I didn’t want him to listen to the conversation”, I explained, cheerfully.

Bored, weary parents in the waiting room perked up a bit as she raised her voice.  “Sorry, but you can’t. He’s not here”, I said firmly, but conscious that everyone was now wondering what the fuck I was doing in the children’s hospital for an appointment without a child.

She looked at me, pen poised above her clipboard.  Silence. Aww crap. Another stare-sy moment. I wanted to shout “You don’t need to weigh him anyway, he ain’t ill”, but decided to keep quiet.

“Well I’ll have to inform the consultant”, she said eventually, and waltzed out of the waiting room.

Ten minutes later I was called to the appointment. The receptionist handed me the blue hospital folder to take in with me. A yellow post-it note, stuck to the front, said “MOTHER DID NOT BRING CHILD”. 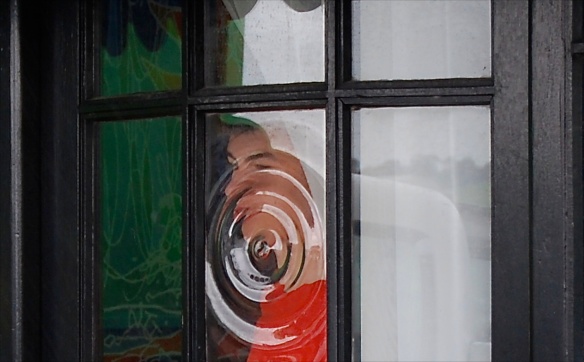