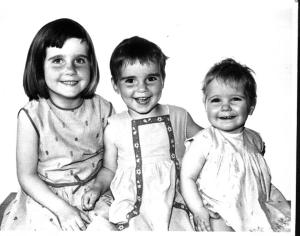 ..we lived by the sea in Southend. High tide, the pier, cockle sheds, pen pals, taking photographs with a kodak camera, and a background soundtrack of the Carpenters, Simon and Garfunkel. And Jacques Loussier, or Jack Brewscheeya as Rich called him, years later when we saw him perform with my mum and dad.

I can remember thinking about growing up a lot as a kid. There was a kind of sky’s the limit type framing to this. And a reasonable grasp of my limitations. I tossed out ‘tennis champ’ (sob) after a couple of humiliating wipe outs at a local summer competition. Artist went when I was disappointedly mediocre in art lessons. Writing? Hmmm. My diary excerpts speak for themselves. But I still had a big old world to dabble in. And mess around with.

I don’t know what LB thought about his future. Other than it featured a beautiful girlfriend and world domination on the ConnorCo front. We never found a way of talking about this properly. Partly because there was no apparent time limit on it. Just banter type stuff. Constrained by the consistent fight/concern about and experience of micro, nonsensical support over the years. Four hours ‘respite’ a month for about ten years. A focus that pushed what mattered to the nether regions. The lack of effective support offered by services a dominating and wearing part of everyday life.

LB didn’t have the luxury I had of options at his age. Of anything really. His ‘adult life’ (all six months of it) was firmly and fiercely mapped and inscribed in terms of indicative budgets, resources and allocations. His potential – artist, entrepreneur, litter picker, caretaker, comedian, model, whatever – was never acknowledged, recognised or even thought about (except by us). And once he kicked out at this non life, it was game over really. The flimsy, poorly resourced, beyond rigid and ignorant world of ‘support’ laid bare. 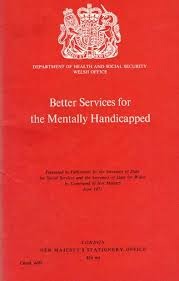 That he died (he died?) is so raw, so extreme, so I don’t know how to make sense of it. But, at the same time, it focuses attention and underlines how completely shite things for young dudes like him. In 1971, the government published Better Services for the Mentally Handicapped. 43 years later, we are still getting it so wrong for so many.

Astonishing. Heartbreaking. And so fucking unnecessary. Those ‘better services’ have continued to erase all humanity, thought, celebration, aspiration, recognition of skills, abilities, talents and strengths off the board. Leaving a deficit based metal box of jargon, tick boxes and cost cutting. With no real choice or control. Classy.