I spent the weekend cooking Sunday lunch. Bit unusual for me. And a bit of a mixed Indian feast. Tricky if you don’t eat meat to gauge flavours in a lamb spectacular (Nigella’s Indian Feast). The lamb curry was as tough as old boots last night according to sniffy Rich. This morning I got it out the fridge, tried to ignore the obvious rubberiness of the meat and got on with the rest of the feast; (off piste after mutter paneer with my legendary dahl (it really is and I ain’t no cook) and Madjur Jaffrey’s  potatoes with mustard seeds/cumin and stir fried cauliflower. At one point I thought about googling ‘how to soften up rubbery old lamb’ but Nigella warned this might happen and said an overnighter in the sauce would ease the troubled meat.

She was right apparently. Rich and Rosie tucked in gamely. Rich had a painted on smile throughout the meal (my cooking is often the source of some tense exchanges) but they said it was great and they were looking forward to eating it for the next ten years. (I went more for Indian wedding feast than bog standard feast).

Anyway. After a kip, I hit twitter and discovered that Sloven are celebrating being shortlisted for the Nursing Times 2014 award for the health and wellbeing of their staff. Along with pics of the Sloven senior team celebrating this development. 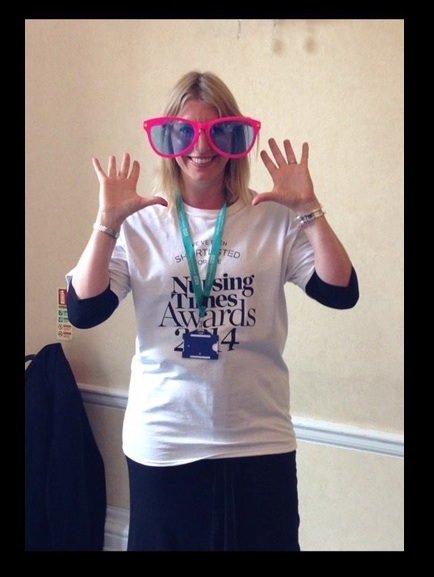 I don’t know. I know the world shouldn’t stop because our dude died. I know Sloven have around 9000 staff many of whom are probably ace. But seeing the CEO ligging about celebrating what is a meaningless, commercial (short list t-shirt?) enterprise while we’re still waiting for fairly basic answers (like, ironically, the outcome of staff disciplinary actions) is pretty rubbish. Leaving a young, healthy dude to drown in the bath and then spitting his family out in a series of obstructive, deceitful, bullying and delaying actions, is off the scale of what the NHS is (or should be).

I wondered if an overnight stint in some sort of sauce could ease this troubled bunch. What it would be like if there was a recipe book or manual somewhere that says ‘be aware that the Trust might well act like complete gobshites after the death of your beloved child/partner/mother/sister… But don’t worry. You don’t need to do anything. Just leave it with us. By tomorrow, the rubberiness will be gone.’

Wow. Wouldn’t that be something?

Sadly, there is no Nigella in this context. There is no sauce. No overnight in the fridge. None of the obvious suspects – ministers, Monitor, NHS England, CQC, the HSE or, as yet to join the party, the Health Ombudsman – seem to have de-rubbering magic.

4 thoughts on “Sloven sunday and an Indian feast”