I came across Sloven’s 2013/4 Annual Report today in which they make the extraordinary claim that they are 100% compliant with Duty of Candour obligations (p121). 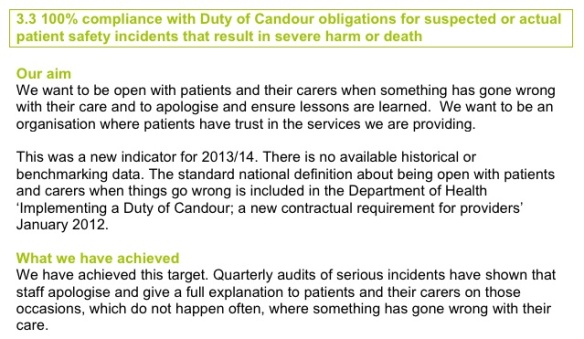 100% compliance? Eh? How can claiming LB died from natural causes in July 13, failing to disclose his full medical records until November 14 (via the coroner), accepting that his death was preventable in February 14 and then claiming again he died through natural causes in November 15, fit with duty of candour compliance? How can not sharing how Nico Reed died with his family for nearly two years be candour compliant? Or do learning disability related incidents stand outside this indicator?

Up until the last couple of months, I’d probably have written to the Board chair asking for some clarification on this. Not any more. The OCC report (OCCRAP) and their response to my obvious and fully justified distress about this report, on top of the various brain melt communications we’ve had with the now ex-Sloven Board chair/still-in-post CEO documented on these pages, have demonstrated that they have the power to do what they want. Including telling the most fanciful of lies and sticking them.

It’s simply one fucked up, archaic and sometimes corrupt system. 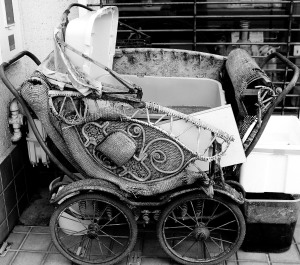 8 thoughts on “Blatter, schmatter and candour”