Yesterday was mediation day. As part of an action against Sloven about LB’s right to life being breached under the Human Rights Act*. The date was agreed a while back and papers were to be submitted to the mediator seven days before. Sloven submitted nothing. We got more tense the closer it got and by Tuesday night, Rich and I were pretty much in pieces, firing off random, belligerent emails to our (wonderfully calm) solicitor and pacing round the house. Necking wine.

I can barely remember the journey to London first thing in the morning. My rage at what happened to LB, what we’d been put through by Sloven and dread of the day ahead consumed me. Rich listened to music.

The meeting was held in Doughty Street Chambers and there were three rooms. One for us and our legal team, one for the mediator and one for Sloven and their group (of several people). For the rest of the day, we sat in a big, very warm meeting room with a view, tea, coffee, water and wifi. The mediator came in and out. Our legal team went out and came back in. The sun went in and we waited.

At 2.30pm, the Sloven debate started at Westminster Hall. We watched parts of it in between discussions. I half watched the rest of it with the sound off. Following the tweets and texts from a mate. Sloven were getting a deservedly intense and critical panning. On the floor below and over to the left of us, their Chief Operating Officer, another staff member, their solicitors, a partner from their solicitors firm, a barrister, and a NHS Litigation Authority bod sat.

Mid afternoon there was an enormous downpour. A get people off the streets type downpour. No umbrella could withstand the ferocity and that amount of rain. The atmosphere in the room pretty tense as deliberating and discussion continued. Andrew Smith, MP, was clearly articulating the depth of Sloven failings on the muted screen. 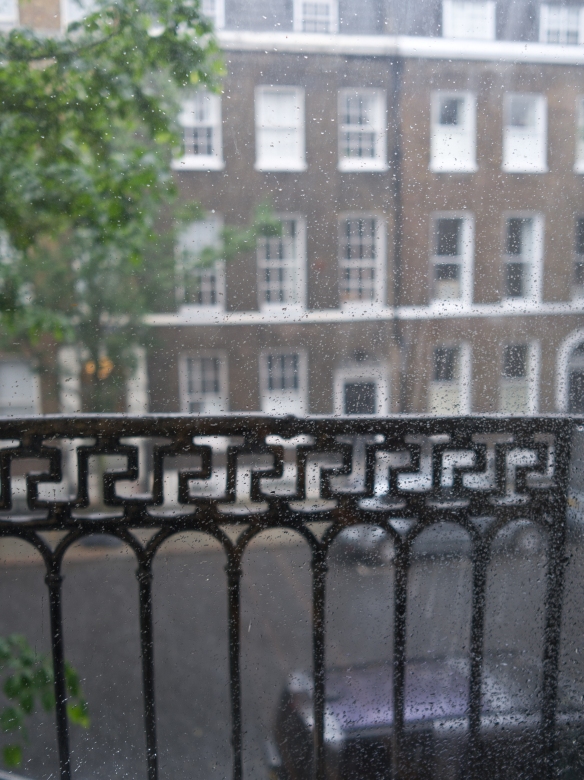 Eventually, agreement was reached. Seven hours after arriving we left the chambers and went for a drink in the pub across the road. In sunshine. It was hard to make any sense of what was agreed. A good outcome apparently. I just felt deeply sad and a bit odd.

There are two parts to the settlement.

I’ve woken up feeling as sad and odd as I felt yesterday (with a layer of new exhaustion). The statement is very clear and, given everything that’s happened [he died...] is a form of ‘vindication’, if that’s the right word, without meaningless apology. The money? It was never about money. We’ll talk about that when the kids are all here together in July.

One of our lovely nieces, Clare, messaged earlier asking ‘What does it mean for the campaign?’

Nothing really. This human rights part was never part of the Connor Manifesto so it’s business as usual. Just one horrible, ‘gruesome’ as someone put it yesterday, process done. None of this should have happened.

*We had to make sure the judge could not look back, if the ‘case’ reached court, and say we had turned down any reasonable ‘offer’. If s/he thought we had, we ran the risk of having to pay Sloven’s costs and (I think) being fined.

9 thoughts on “The settlement”