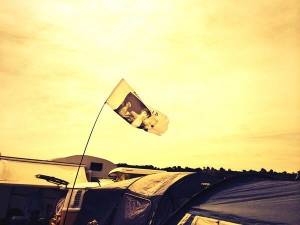 What a day. The #justice flag arrived at Glastonbury, Change People held a conference in which energy sizzled across twitter with 1.3 million mentions. Oxfordshire Family Support Network published their Healthwatch funded report and the legendary Phil Gayle and team produced a one hour special about learning disability provision* in Oxfordshire.

A one hour special. Wow. Wow. Wow. Wow. This team have meticulously and carefully reported on unfolding events for the best part of a year now. Today they captured the views of Andrew Smith MP, Paul and Jackie Scarrott, Josh Will’s dad, Phil, Mencap, John Jackson from Oxfordshire County Council and Norman Lamb. I was the link herb across the programme. My brain pinging around in random ways hearing the different contributions and my heart howling at various points. Occasionally lifting when I heard strong and sensible declarations of not accepting the unacceptable.

The big news underpinning the morning show was that Sloven are unlikely to have the contract for learning disability provision in Oxfordshire renewed next year. A bit of a public blow and embarrassment given the five year expectation involved in taking over Ridgeway in November 2012. Sue Harriman, working out her notice before she scarpers, was the obvious talking head pulled in to describe disappointment and some candid reflection about getting it wrong. Katrina Percy was, as usual, invisible. The importance of fronting up the public failure of the Slovens to provide adequate care for the group against which the quality of all trusts should be measured, completely lost on her. Sloven social media tweeted about safety in swimming pools abroad.

I’m left wondering what happens to the Slade House site if the Sloven contract isn’t extended? The place where I took LB wearing his ELC police tabard and orange binoculars to draw the brown lines for the crapshite clinician. The place we drove past a billion times over the years. For trips to here, there and everywhere. The place we took LB to in January, for a ‘crisis’ appointment with the community psychiatrist. The place we eventually, took him eight weeks later. To become an inpatient. A place that didn’t understand what a patient was.

2 thoughts on “What a difference a day makes..”