First thing this morning, Mark Neary tweeted about his distress at watching a video with Stephen, of him and his classmates doing Bananas in Pyjamas fourteen years ago. Given that half the kids were now in ATUs, miles from home in residential provision or dead [dead?]

I replied to say that Fran had a picture of her son James, LB and another classmate as cheerful chappies in primary school. Not a care in the world. Not a sniff of what lay ahead of them: in various ATUs for over two years (mostly in Newcastle), James’ experiences touched on here and LB. Three classmates. In a class of about ten. Now aged (if still alive) 18/19.

What happens to these kids is simply inhumane and should stop people in their tracks. They are just kids. Like any other kids. And yet their lives seem to close in on them once they reach adolescence and the toxic space called transition. Which involves, sooner or later, a varying combination of the misuse of the Mental Capacity Act, financial stick waving by the local authority or clinical commissioning group, ill health and/or a cutting off/sidelining of family love and care.

I had a scooby back in time on facebook tonight. I’m not a big facebook fan but am a sucker for any LB snippet. Trying to hold on to him. Trying to keep him ‘alive’ in whatever space possible.

This was a bittersweet experience. Lovely to be reminded of happier times. But also dates leaping out at me. The happy hippy wedding was almost three years to the day to the day he died. And reminder of context I’d completely forgotten about. Anna Chapman. (Who?) 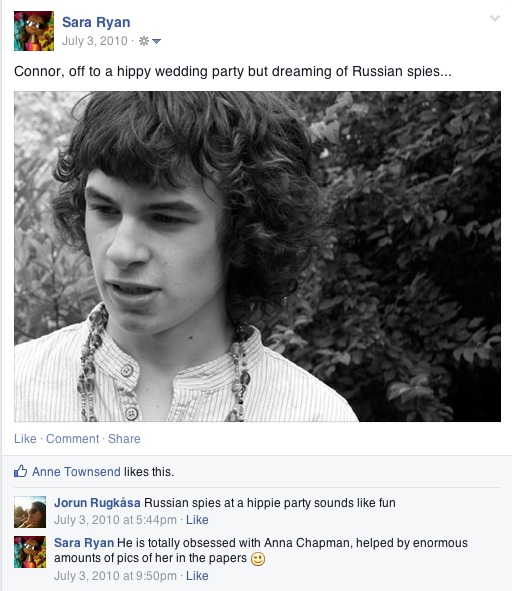 The interactional context was also warming.Throwaway comments at the time. Chat. Or banter as Tom calls it. The grounding of LB’s life, and our lives, in a space in which family and friends commented in the moment, later, or returned to photos after LB’s death.

And then there were just posts. 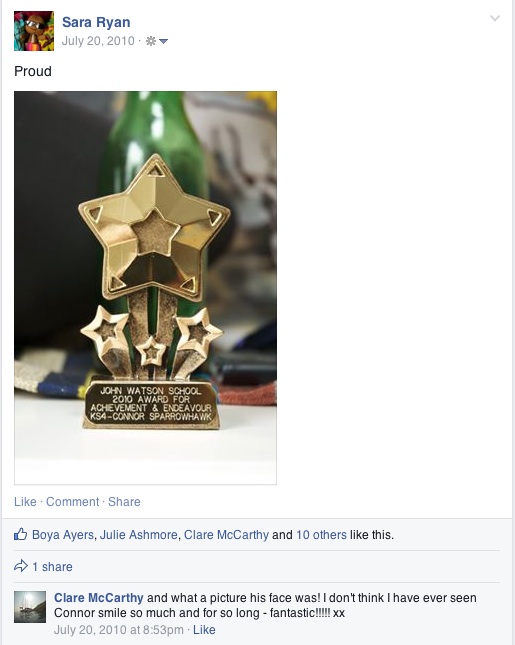 I’ve only been able to dip into, and quickly out of, old blog posts so far. But I’m glad I captured those moments of everyday life. I’m glad I used to be forever snapping happenings/’non’ happenings with my camera. Capturing the life of a young dude whose life was worth nothing within NHS/social care spaces of ‘care’.

LB’s shortened (howl.howl.howl) life enriched, added colour, illuminated, made human what was seen to be less than human, and just was.

He was delighted to win the prize for achievement and endeavour in July 2010.