Start writing a book with determination. A new evening activity. This means digging out all the FOI stuff, documents, reports and paperwork. It feels like the right timing given LB’s inquest started a year ago today. Two harrowing weeks, a jury determination of neglect and no action. Still. 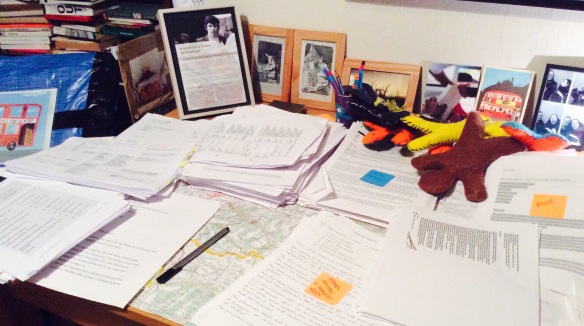 Revisiting these documents (post LB’s death, I can’t bear to return to the earlier stuff yet), in the light of what has unfolded is pretty revelatory. I just wanted to single out one of the many individuals who have stuck with the campaign from the start here. Graham Shaw. Graham, the CEO of the DIPEx Charity until a couple of years ago, has consistently written letters about what’s happened. To all those implicated. Incredibly sharp and dripping in sense, his letters generate responses.

This one, written to Jeremy Hunt in April 2014 was prophetic really. 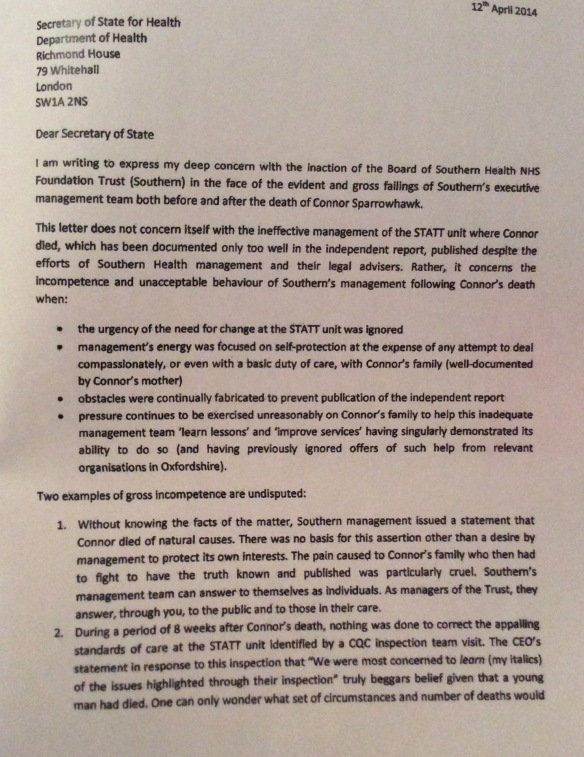 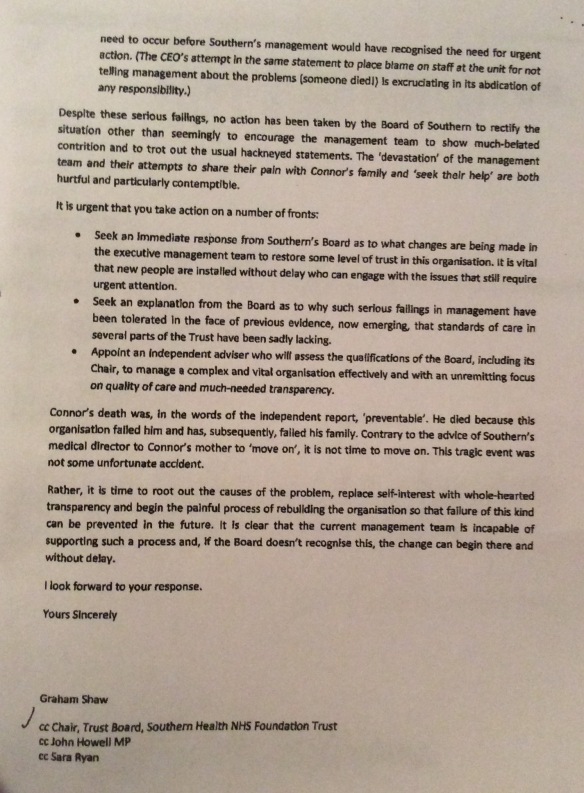 The Sloven Head of External Communications responded in a tawdry and deeply inappropriate way asking [redacted] to “support the drafting of any response to Mr Shaw” [16.4.4 13:46]. Extraordinary evidence of the blurring of boundaries and positioning of NHS trusts as above questioning.

Here is the unfolding exchange. About as Stinky McStink as you get really, particularly given the timing of the responses and redactions. Emails 3 and 4 probably hold some significant clues to the continued lack of action against Percy and the board. 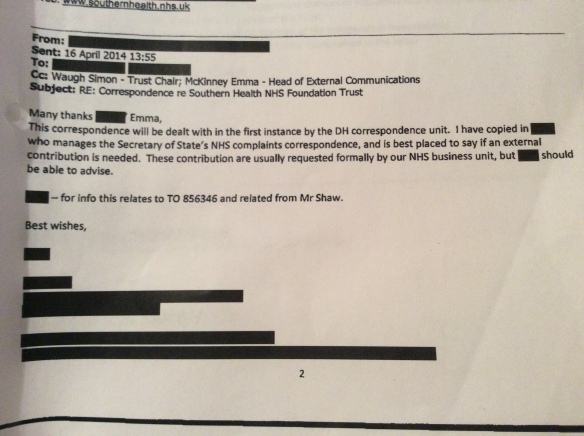 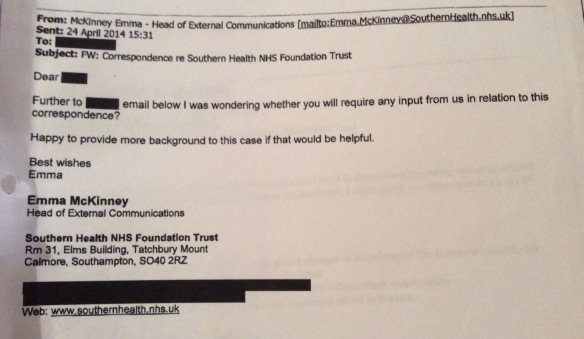 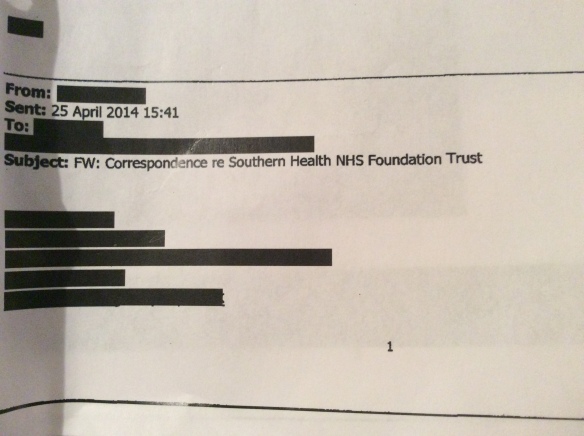 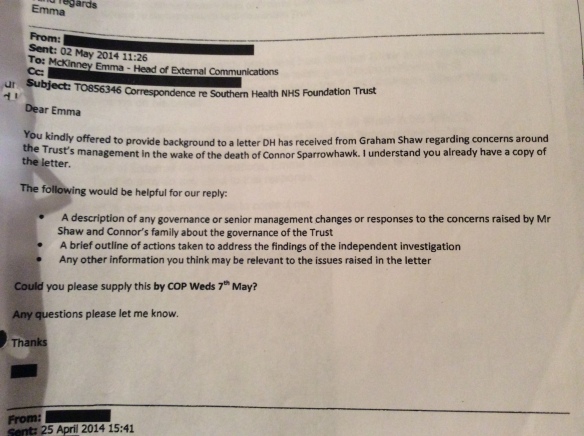 Two and a half years ago.

A year and a half before LB’s inquest.

No words really. Other than Graham Shaw, we salute you. Keep writing the letters matey.

4 thoughts on “The Shaw Report”