Here’s the rub. In November 2015, the CQC inspect Loring Hall, a care home for up to 16 learning disabled adults, run by Oakfields Care. ‘Good’, ‘good’, ‘good’, ‘good’ and ‘good’ on all five domains inspected. A clean bill of health.

The CQC then received concerns around the management of risk to people living at Loring Hall.

On April 28 2016 they reinspect the home focusing on how safe and effective the service was. This produced a remarkably different picture to the November inspection. The re-inspection was conducted by an inspector and specialist advisor with epilepsy expertise. The key findings: 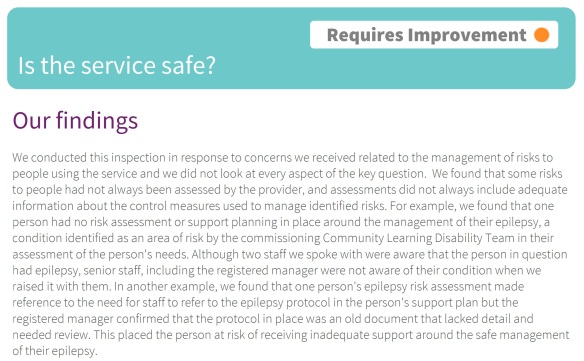 … the CQC decided not issue any enforcement action: 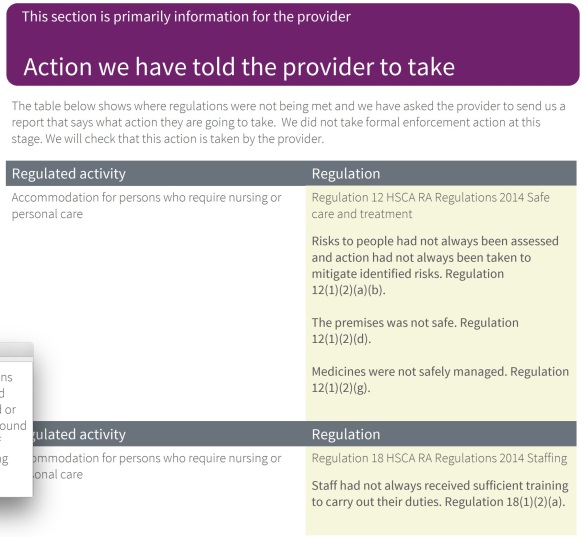 A last bit of detail on the process of the April 2016 inspection:

On April 13 2016 Elric Eiffert drowned in the bath in Loring Hall. He was 34 and diagnosed with epilepsy and autism.

Just a few scrambled questions and comments (I can’t make much sense of any of this) largely for the CQC: 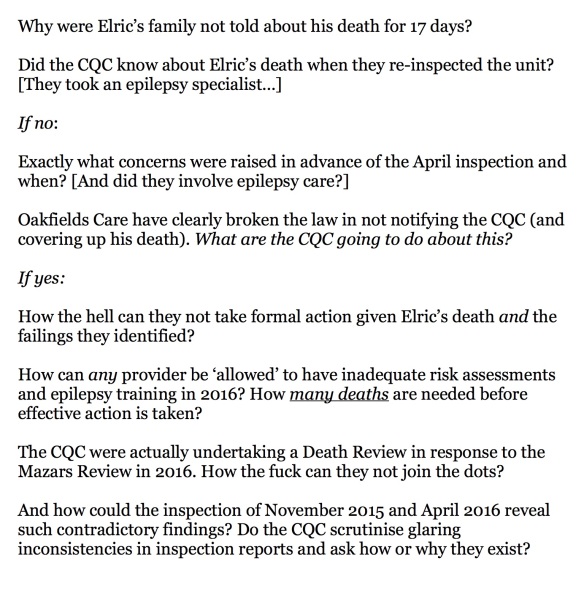 Our son drowned in a bath in a craphole unit, six years after another patient drowned in the same bath.

The first patient’s death was covered up until October 2015 when it was used as a nasty little ‘weapon’ at LB’s inquest.

Nearly three years after LB’s death (and after a Prevention of Future Deaths report was issued by the Coroner), Elric Eiffert  drowned in a bath in a craphole ‘care’ home that five months earlier had received a ‘good’ CQC rating.

No one should drown in a hospital or care home bath in the 21st century. Or die unsupervised of a seizure in a ‘care’ setting. LB, Elric, Edward Hartley, Danny Tozer and countless other people, would all be alive if they had received appropriate care.

This is beginning to look a tiny bit like state supported eugenics. And no one who should appears to give a fucking shit. Still.

21 thoughts on “The Mystery of Loring Hall and the CQC”