Beginning to find our way around this choice issue with LB at last. Or just picking up the techniques we used for years before ‘choices’ were relayed through and monitored by a third person.  Yesterday I rang the unit and asked if LB wanted to go out somewhere today. Yes. Good.

This morning, after much thought and discussion with Rich about where to take him (we don’t want to go too far down the route of endless treats and no sniff of dishwasher-land), we agreed the bus museum would be a good plan. A ‘bus museum plus’ plan. A pleasure and pain model.

Nearly four hours of watching mechanics and enthusiasts in action, with a vintage bus ride thrown in. And then a packed Sainsbury’s at closing time. All done joyously. 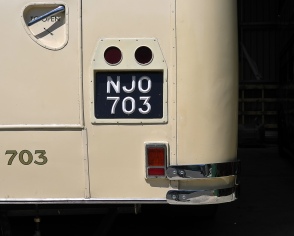 Some photos from today’s outing. A museum full of buses, brilliant colours and an amazing selection of mannequins.  Overall; a bit spooky, very shiny and more than a little nerdy. 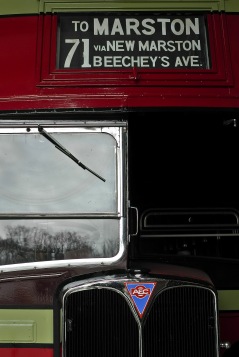 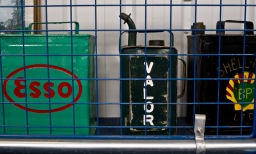 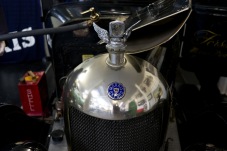 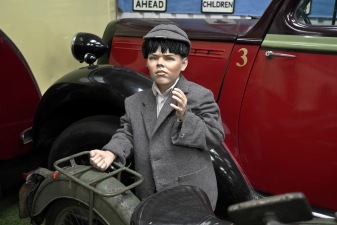 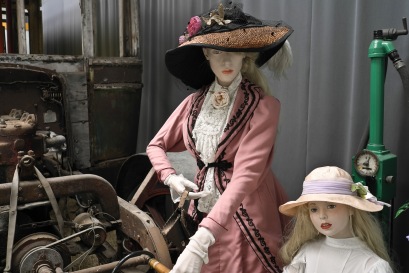 Day 40: The day we took LB to the bus museum

Got a call from the Unit yesterday asking if we wanted to take LB to the nearby bus museum that he loves. TAKE HIM?? Pick him up and take him ourselves?? That’s a ‘Y.E.S. We’d love to‘ kind of answer. It wasn’t open yesterday, and he declined our offer to take him somewhere else instead, but today Rich, Tom, Owen and I scooted round, picked him up and headed for the museum. It was great. The museum’s very quirky with a lot of very shiny old buses. We sat in various buses and coaches, chatting, remembering visits to museums and holidays from years ago. The outing was rounded off with sausage rolls and ice-creams in the cafe. Fun and fab.

“By the way, Margaret Thatcher died”, said Tom, as we pulled up back at the Unit.

Things have been calm for the last few days. LB’s had daily visits from various people; family, Charlie’s Angels, and friends. Not Tom or Chunky Stan sadly, neither of whom are allowed in (too young or too furry). The staff ask him in advance if he wants to see people and, so far, has said yes to everyone. The cakes have remained in good supply as well as truck/bus magazines, and other treats.

Yesterday afternoon he was lying on his bed, very quiet, after a loud all-night kick off situation that stopped him sleeping. Today it was aunties visiting; Tracey and Sam. We found him in the living room chuckling at Carry on the Revolution. When it finished, he showed T and S round and was quite chatty. They, like most people were surprised (and pleased) that he wasn’t locked in a room, and was able to wander around the unit as he liked. There are lots of very good things like this, including staff and patients eating meals together (if they want to). When we left, LB came with us down the corridor, knocked on the office door and got someone to let us out. Comfortable in the space. And chilled.

I’ve started to re-read Goffman’s Asylums, which takes me back to my undergraduate days. As I’ve banged on about before, I have a total love-in with Goffman’s brilliance. It feels kind of comforting to think of the G-man hanging out in ‘closed communities’, and to reflect on the differences between what he describes and LB’s unit. Differences that partly came about through his work. What a dude.

After feeling strangely heartened by the reminder that LB had rights, I began to reflect on what this meant in practice.  Who would/should safeguard those rights? He said no to an advocate when he was sectioned, but he doesn’t really know what an advocate is. He’s been in the unit for four days now with rotating staff. What they know about LB you could write on a postage stamp. We’ve hung out with the dude for 18 years and loved the socks off him. If anyone has his best interests at heart, I’d say we probably coast it. I get the arguments about the constraints and limitations parents (particularly mothers ‘cough cough’) can place on disabled kids through an overly developed sense of protection. But I also know how vulnerable these dudes are.

We rang the unit at lunchtime to see how he was. The  phone was passed straight to LB. I just wanted to know if he was OK and having a grunt from him wasn’t really going to answer that. I had a quick chat (not really the right word for a largely one-sided conversation) and asked him to pass the phone back to the nurse.

“We’ll visit this afternoon around 4ish if that’s OK. His sister will be back from university. We’ll ring before we come.”

Later that afternoon I rang. The phone was dead. Oh. Luckily, I’d been given a second unofficial number by someone who recognised how distressing this was for families. That number was eventually answered and with some resistance (all of a sudden bedtime routines happened straight after dinner thereby interfering with visiting hours), we were able to visit.

LB was in his room and seemed pleased with his cakes and bus magazines. We hung out for a bit, and, when we left saw some of the other patients. As usual, they were chilled and said hello.

We haven’t seen any other visitors all week. Despite the extensive visiting hours pinned on the front door, there are no visitor type concessions, like a vending machine, or waiting area. I don’t know if there is an assumption that people won’t visit or that visitors will cause disruption. Or maybe the other patients have exercised their rights and refused visitors. From the interactions I’ve had with them over the last few days, I find that unlikely. It seems desperately sad if there ain’t any. But I can kind of see how it could happen.

Dear woman in the restaurant,

We were the people you spent your meal staring at. Or was it glaring? I’m not sure. It was fixed and unwavering which ever it was. And it made the situation so much worse. I’m not going to apologise for LB’s behaviour. He was stressed from the start (getting stuck in the revolving doors on the way in probably didn’t help), but for the most part he managed to keep a lid on it. He muttered to himself a lot, and tensed his body regularly, but only a couple of times did he actually do anything that could have disturbed your meal. Two, possibly three, very brief shout-outs about his fear of Irish lorries being stolen.

As you were staring so hard, you may have noticed that the three of us, Rich, Tom and I, were all working hard to try to keep him calm. There was a lot of talk of the security arrangements at Irish lorry companies and attempts to distract him with a running commentary of the Oxford buses driving past the restaurant. A lot of remedial work, as Erving Goffman, would call it. To be honest, this work was largely try to stop LB experiencing such stress rather than concern about other diners.

I’ve sat in plenty of places and had to listen to other people’s conversations because they talked so loud, I’ve listened to people shouting on mobile phones, sat near parties of people being drunkenly cheerful and excessively noisy. These people don’t get stared at. These behaviours are tolerated.

I’m not sure what you were hoping to achieve with your staring. To let us know some social rules were being broken? To let us know that young people like LB are not welcome in public places? Or to demonstrate that your meal was ruined? The latter would be peculiar. You were sitting far enough away not to look at him, and, as I said, other than the quick shouts, he was pretty quiet.

It was my birthday lunch. I wanted LB to be there (obviously), and don’t think it is (or should be) a big ask for you to just get on with your meal and ignore the odd disruption. Anyway, we got the bill before we’d finished our main course. And left. Staring, or glaring, like that, can sometimes make a difficult situation unmanageable.

Maybe next time, you could just take a few seconds to try to imagine what it must be like to  experience that distress, or have to try to manage it. It ain’t rocket science, it’s that thing known as empathy.

LB’s 18th birthday. As usual, he only wanted to open one present. The thing he’d asked for (little mechanic/bus guys). Then off to London for crispy duck in Chinatown. The trip involved a bus journey, a walk from Baker Street to Chinatown and a constant backdrop of London buses (and statements.)

Wow! How cool is that??? (First time he’s asked since she started university over a year ago). I said we’d skype her when we got home.

The food was good and then it was back to Marble Arch to wait for the bus home. Big Bus Tour buses stopped at the same stop which was great. An added layer of deliciousness for the birthday boy.

After we’d been home a while, I found LB sitting in the kitchen on his own. He was waiting to skype Rosie. Sob.

Later, after a big fun filled skype session with everyone pitching in, we all (apart from Rosie) sat squashed on the settee, with crisps and pop, watching X Factor. LB loves Tulisa. She’s a Londoner.

It’s difficult to buy Christmas/birthday presents for a boy who doesn’t really want any presents. And has very, very specific interests – die cast model buses/lorries and the emergency services – that have remained the same for a good fifteen years.  We decided to drop the Playmobil option a couple of years ago as it seemed a bit age inappropriate, but these guys are still played with regularly. I thought they deserved a group photo. Love em.

* LB has chosen two Canterbury Park and Ride die cast buses with his birthday money. For the geeky among you (or for those with little dudes who love buses), here’s the link.